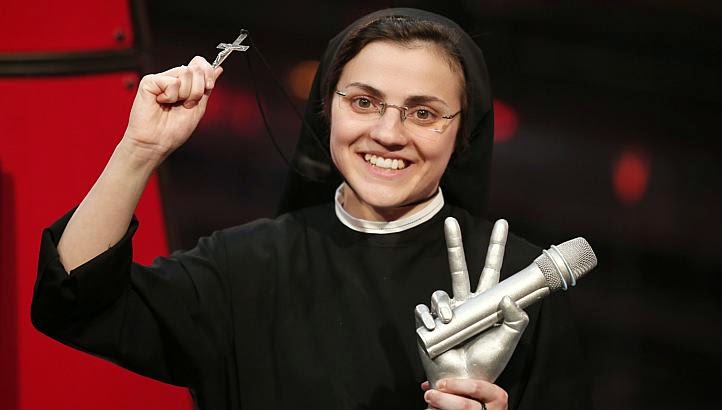 Its a nun who rocked the Italy’s music show – The Voice of Italy this time. Sr. Cristina’s version of “Livin’ On a Prayer” got her the 62% of the votes to get the Title at the final night. Sister Cristina Scuccia’s performance of “No One by Alicia Keys” had already drawn over 50 million views online & was a global sensation.

After the victory she thanked ”all those who have helped me in this difficult period.” She then recited the Lord’s Prayer, asking the studio audience to join in with her.

My presence here is not up to me, it’s thanks to the man upstairs,” – Sr. Cristina Scuccia

Cristina gave credits to Pope Francis’ call for people to ‘get out onto the streets’ for their faith for her inspiration & appearance on the show.

Her Sensational Song that made World look at her 🙂

Yes Jesus I Belong to You 🙂 Experience & Enjoy the lovely expressions of babies during Baptism. Most of snaps are from the Mass Baptism ceremony of  Georgian Orthodox church at

Amazing Sand Sculptures of “Crossed Jesus” – Made With Love